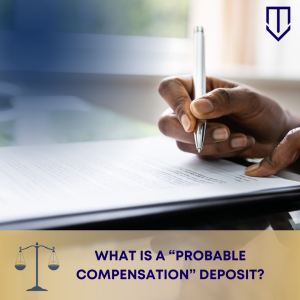 Eminent Domain proceedings will almost always end with the government taking title to private property after it pays out “just compensation” to a homeowner.

That said, there are numerous requirements that the government must fulfill in order to obtain pre-judgment possession. And even when the government meets its burden, defendant property owners can still oppose early possession by meeting various showings of hardship.

END_OF_DOCUMENT_TOKEN_TO_BE_REPLACED 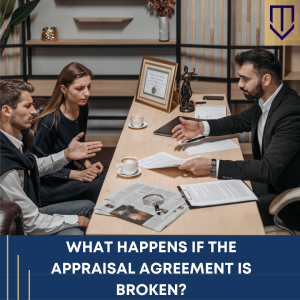 Partitions by appraisal are a unique way to resolve a partition dispute. In essence, they are buyouts that the parties contractually agree to, allowing one party to remain on the jointly-owned property in exchange for purchasing the other co-owner’s interest at an appraised value.

This seemingly middle-of-the-road option, however, is one of the options available for inherited property under the Uniform Partition of Heirs Property Act. Specifically, the Act permits the non-partitioning party to purchase the other party’s interest at the appraised value, which can allow the property to remain in the family. This effectively grants the non-partitioning property an option to “partition by appraisal.” When a party agrees to buy the property at the appraised value but then cannot ultimately find the money for the purchase, what happens when a partition by appraisal fails?

What is a Partition?

END_OF_DOCUMENT_TOKEN_TO_BE_REPLACED 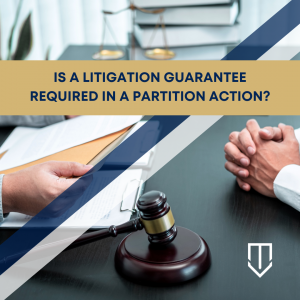 What is a partition action?

END_OF_DOCUMENT_TOKEN_TO_BE_REPLACED 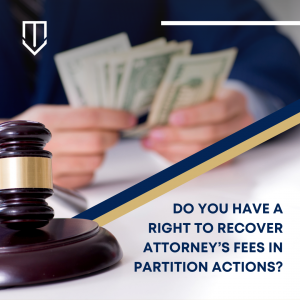 Yes. In California, you have a right to recover attorney’s fees by statute. But that doesn’t mean that you can recover 100% of your fees, even in uncontested partitions. Courts will employ numerous equitable considerations in awarding costs, and the complexities of prolonged litigation may render some expenditures on your attorney unrecoverable. The focus of this blog post will therefore be those common issues that arise when attempting to recoup your costs.

The Authority for Awarding Attorney’s Fees in Partition Actions

Code of Civil Procedure, section 874.010 states that “[t]he costs of partition include: (a) [r]easonable attorney’s fees incurred or paid by a party for the common benefit.”

END_OF_DOCUMENT_TOKEN_TO_BE_REPLACED 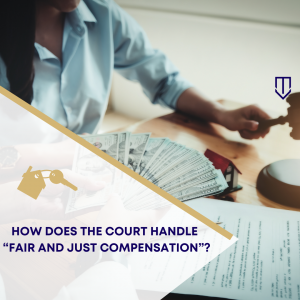 Yes. But it is a complex affair. Eminent Domain proceedings take on a unique structure with expert testimony as the backbone for the determination of fair market value. Neither side of the litigation has the burden of proof on this issue of just compensation, and unlike the traditional civil court case, the Defendant presents their evidence first. (Code. Civ. Proc. § 1260.210.)

Additionally, judges will often place limits on what a homeowner may testify to and can screen the witness beforehand to ensure that they’ll be employing a valid methodology on the stand. Taken as a whole, the process can be quite daunting to the layperson. This post will therefore look to the common issues and questions which arise regarding testimony in eminent domain.

The Importance of Testimony in Eminent Domain Proceedings

END_OF_DOCUMENT_TOKEN_TO_BE_REPLACED 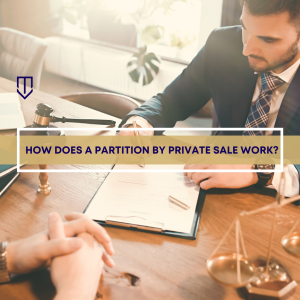 Partition by a private sale is a method of selling jointly owned property, either by joint tenants or tenants in common,  under the court’s supervision via a court order or a court-ordered referee.

What is a partition lawsuit?

END_OF_DOCUMENT_TOKEN_TO_BE_REPLACED 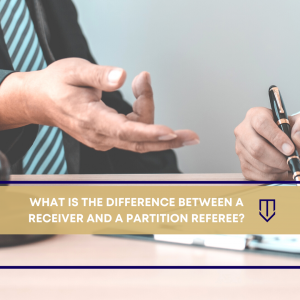 Partition receivers and partition referees serve very similar roles in partition lawsuits. Their roles are to act as a third party with no ties to any of the co-owners interests in property via a partition lawsuit and to help the court and the judge to distribute the property or proceeds from the sale of the property fairly and equitably. Read on to find out the important differences between the two.

What is a receiver?

A receiver on occasion assists the co-owners of the property, and the court in achieving a successful sale or appraisal for the property is partitioned. Receivers are court-appointed in California that oversee actions such as business disputes, divorce cases, judgment collection, and of course, real estate partition cases.

END_OF_DOCUMENT_TOKEN_TO_BE_REPLACED 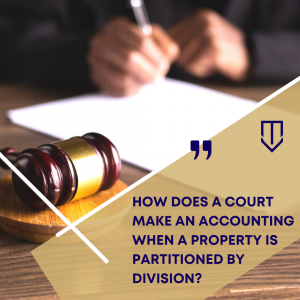 How does the Court Account for partition by Division?

First, the court operates on the assumed guideline that all parties should have the property divided in the most equal and equitable ways possible. The court in the Canepari v. Pascale court case found that there is a rebuttable presumption that the partitioned property should be equally divided. This means that if each co-owner or tenant holds a 50 percent interest in the property, then the property in question is divided as physically possible to a 50/50 divide.

END_OF_DOCUMENT_TOKEN_TO_BE_REPLACED 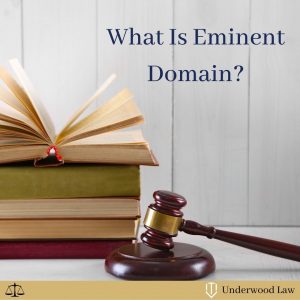 What is a pre-judgement interest?