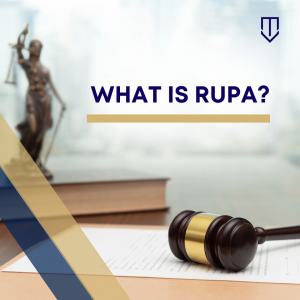 The “for profit” portion of the definition is especially important. Profits and losses must be shared between the parties for a court to consider their enterprise a joint venture. (Holtz v. United Plumbing and Heating Co. (1957) 29 Cal.2d 501, 506.) Even when the profits of the development are contingent on the success of the respective parties, both must “share in the profits and losses that the other might realize or suffer.” (Connor v. Great Western Sav. & Loan Ass’n (1968) 69 Cal.2d 850, 863.)

The California Jury Instructions provide a neat summary of the essential elements needed to find a joint venture exists: (1) two or more persons or business entities combine their property, skill, or knowledge with the intent to carry out a single business undertaking; (2) each has an ownership interest in the business; (3) they have joint control over the business, even if they agree to delegate control; and (4) they agree to share the profits and losses of the business. (CACI 3712.)

What is a partnership?

Partnerships are a type of corporate entity with their own set of rules and regulations. By code, a partnership is born by the association of two or more individuals to carry on as co-owners of a business for profit, whether or not the persons intended to form a partnership. (Corp. Code § 16202.)

Generally, these entities are governed by partnership agreements, which set out the rights and duties of the partners. In the event that the agreement does not, however, then the Corporations Code “governs relations among the partners and between the partners and partnership.” (Corp. Code § 16103, subd. (a).)

What is the legal difference between partnerships and joint ventures?

“The distinction between joint ventures and partnerships are not sharply drawn,” though there are indeed differences between the two. (Weiner v. Fleischman (1991) 54 Cal.3d 476, 482.) For instance, “a joint venture usually involves a single business transaction, whereas a partnership may involve a continuing business for an indefinite or fixed period of time.” (Id.) Yet, a joint venture can also be of a longer duration and of greater complexity than a partnership. (Id.)

RUPA is the shorthand for the Revised Uniform Partnership Act of 1994. It is the set of statutes that currently govern partnership law in California. Importantly, its reach is long. “RUPA governs all partnerships rather than simply law partnerships.” (Heller Ehrman LLP v. Davis Wright Tremaine LLP (2018) 4 Cal.5th 467, 482.)

But while RUPA may brush every partnership in the state, it is not an exclusive articulation of a partner’s obligation to the partnership, at least in some respects. “The California Legislature rejected one of the most fundamental changes the drafters sought to bring to partnership law, i.e., an exclusive statutory treatment of partner’s fiduciary duties.” (Enea v. Superior Court (2005) 132 Cal.App.4th 1559, 1565.)

Nonetheless, RUPA was still a major development in the area of partnership law, changing it in many key aspects. For instance, the act treats a partnership as a distinct entity from its partners, with each partner as an agent of the partnership for business purposes. (Cal. Corp. Code § 16301.) And perhaps most importantly, RUPA created and clearly distinguished differences between a partner’s individual dissociation and the partnership’s dissolution. (see Cal. Corp. Code § 16601 et seq.; see also 9 Witkin Summary of Cal. Law (11th ed. 2022) Partnership § 18.)

How does RUPA interact with Joint Ventures?

How can the attorneys at Underwood Law Firm, P.C. assist you?

Establishing the creation of a joint venture or partnership can prove a difficult task. And absent a written agreement, understanding your rights in these business relationships may seem onerous. If you entered or are considering entering a joint venture, the attorneys at Underwood Law Firm, P.C. are here to help. Whether you are concerned about your rights or duties that come with these business entities, or if you just have questions, please do not hesitate to contact our office.