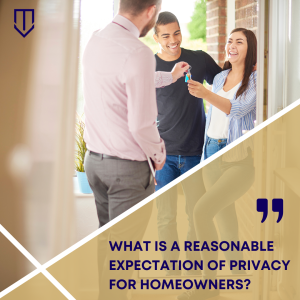 Co-ownership of property brings with it many rights and duties under the law. These rights and duties can vary depending on whether co-owners hold property as tenants in common or joint tenants; these are the two most popular forms of joint ownership in the state. Regardless of the ownership scheme, however, both forms of cotenancy share the same indisputable right: the right of possession. (Bakanauskas v. Urdan (1988) 206 Cal.App.3d 621, 628-630.)

The right to possession is straightforward. Whether a co-owner holds a 1% or 99% ownership interest, they are nonetheless entitled to occupy the whole of the property if they so choose. (Dabney v. Dabney (2002) 104 Cal.App.4th 379, 382.) Of course, the “right” often does not meet the practicalities of the situation. To that end, co-owners have developed “TIC” agreements, wherein they agree to limit their right to occupy the jointly owned premises.

TIC agreements, too, seem straightforward enough, but they became the subject of controversy when used with rental properties. Due to California’s skyrocketing housing costs, some co-owners of rental units enacted TICs amongst themselves so that each could have the exclusive right to occupancy (ERO) in particular dwelling units within the rental property.

While the co-owners viewed these agreements as a means of acquiring affordable housing, city councils like the one in San Francisco saw otherwise. When they challenged the validity of these living arrangements, the courts were forced to step in, deciding issues of privacy and co-ownership in an important appellate case, Tom v. City and County of San Francisco (2004) 120 Cal.App.4th 674.

What led this case to the Court of Appeal?

In the early 2000s, the San Francisco Board of Supervisors passed an ordinance designed to discourage the use of TIC agreements by owners of rental properties. The ordinance regulated and forbade the use of ERO agreements by mandating all parties to the TIC needed a right of access to all units on the property. In essence, the legislation meant co-owners could not agree to occupy separate units with an exclusive right of occupancy. (Id. at 677.)

According to the court, the most important wording in the new statutes was that “an owner of an undivided interest in common in a real property containing three or more units shall not have the right of exclusive occupancy of any unit on the property except pursuant to an approved condominium.” (Id. at 677-678.)

On account of the statutes, homeowners, landlords, and tenants sued the city, arguing that the statute violated their constitutional right to privacy. The lower court agreed, and the case was appealed to the First District.

Tom’s Holding: The Ordinance Violated the Right to Privacy

In short, the Court of Appeals agreed with the petitioners; the ordinance violated the California Constitution.

The California Constitution holds a number of distinct rights for citizens that only a few other states share. Key among these is an actual “right to privacy” codified by Article I, section 1 of our state constitution. That section provides: “All people are by nature free and independent and have inalienable rights. Among these are enjoying and defending life and liberty, acquiring, possessing, and protecting property, and pursuing and obtaining safety, happiness, and privacy.”

The petitioners argued that this provision of the constitution implicated the ordinances. The appellate court agreed, noting there is an “autonomy privacy” interest in choosing the person with whom a person will reside and in excluding others from one’s private residence. (Id. at 680; City of Santa Barbara v. Adamson (1980) 27 Cal.3d 123, 126.)

The city actually acknowledged this fact but argued that, nonetheless, the governmental invasion was merely “indirect and attenuated.” (Id.) In the city’s view, the petitioners should instead have acquired one of the several types of homes not affected by the ordinance, such as a single-family house. But the court struck this argument down, stating for the homeowners and landlords already affected, the ordinance was a very real restriction on their right to enjoy the privacy of their homes. (Id.)

In so doing, the court also noted an important facet of statutory challenges: “Regardless of the possible groups of people who would not be affected by the ordinance or could seek an exemption from it, the question before us is whether the ordinance implicates the constitutional privacy rights of those who are subject to it.” (Id.)

Once the court identified that a right to privacy was indeed implicated by the statute, it had to determine whether the expectation was reasonable. Just because a statute implicates the right to privacy does not mean it automatically violates it. If no person could have a reasonable expectation of privacy in the area or object, then the violation is moot. (Hill v. National Collegiate Athletic Assn. (1994) 7 Cal.4th 1, 36.)

For the court, however, this was a relatively easy determination. The home, even under the Fourth Amendment of the Federal Constitution, has traditionally been subject to the highest protection against intrusions. (Coalition Advocating Legal Housing Options v. City of Santa Monica (2001) 88 Cal.App.4th 451, 460.)

The Seriousness of the Invasion

The last item facing the court was whether the city’s “invasion” of the petitioner’s privacy rights was serious enough to overturn the ordinance.

While the right to privacy may exist under the state constitution, many courts have recognized that “complete privacy does not exist in this world except in a desert.” (Hill, 7 Cal.4th at 37.) Actionable invasions of privacy must therefore be serious enough to constitute an egregious breach of social norms. (Tom, 120 Cal.App.4th at 685.)

The city argued that the breach was minimal and that, construed in a certain light, the ordinance was something homeowners had already consented to because they had chosen to buy a property affected by the ordinance.

But the court disagreed, again noting the heightened protections the home traditionally enjoys. Moreover, the court held that the city had not demonstrated a strong countervailing interest justifying the imposition of the statute. (Id. at 686.)

Even if the city’s goal was “laudable,” it could not justify such an extreme privacy violation, “rendering homeowners unable to determine the persons with whom they should live, or forcing them to share their homes with others who are unwelcome.” (Id.)

How the Underwood Law Firm Can Help

Pursuing co-ownership in property can be quite the endeavor, given the variety of methods available and regulations one must adhere to. As each case is unique, property owners would be well-served to seek experienced counsel familiar with the intricacies of partition actions and the sales procedures that follow. At Underwood Law, our knowledgeable attorneys are here to help. If you are trying to decide on a type of co-ownership, attempting to exercise your right of possession, or if you just have questions, please do not hesitate to contact our office.