The Beginner’s Guide to
Winning Partition Lawsuits
Get It Now
×
Underwood Law Firm, P.C.With You Every Step of the Way
Contact Us NowFor a Consultation 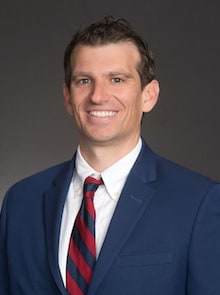 Eli Underwood is the founder of Underwood Law Firm, P.C., where the firm's focus is partition actions and eminent domain law. Before founding the firm, Eli was a partner at a prominent regional Sacramento firm.

Eli is a licensed real estate broker and lawyer who has represented congressmen, won jury and bench trials, and his efforts have already changed state law in his decade-long legal career.

While in law school at the University of California, Hastings College of the Law, Eli was a board-member for the award winning Hasting Negotiation Team where he competed at the highest levels of national and international negotiation competitions.

Eli completed his bachelor's degree as a 2005 graduate of the University of California, Santa Barbara where he served in a leadership role in student government while also serving as the assistant to the Mayor of the City of Santa Barbara.

During his legal career, Eli Has been interviewed and quoted by television stations and newspapers, such as KCESQ and the Palm Springs Desert Sun. Eli volunteers his time for Sacramento's Active 20/30 Club No. 1. Eli was previously a member of the Anthony M. Kennedy Inn of Court.

Contact Us
Practice Areas
Client Reviews
★★★★★
“We were in need of a real estate attorney. Eli Underwood provided excellent legal advice and services. He explained everything well and followed through with all important issues that needed attention. We found him to be reliable, courteous, patient and extremely professional. We highly recommend Mr. Underwood without any reservations.” I.S.
★★★★★
"I own a real estate investment company that operates across multiple states (California, Washington, Oregon, Montana, and more), whenever I run into an issue that needs legal attention, Eli is my first call. I've been working with him for years. He is an amazing attorney and I highly recommend him." Thank you for your help Sir!" T.W.
★★★★★
"Mr. Underwood is a fantastic Lawyer with extraordinary ethics. He responds quickly, which is rare these days, and he is very knowledgeable in his craft. It was a pleasure working with him and we will definitely use his services in the future if needed. Thank you for your help Sir!" M.O.
★★★★★
"Eli took our case and controlled every hurdle put before us. I one time commented to him that he must love his job because it seemed that he was always available. When talking about my case to anyone I always bring up where, I believe, the other parties Lawyer tried to take advantage of my wife and me. Eli stopped him in his tracks. On top of it being easy to work with Eli, it was a pleasure to have had him represent us. We were in good hands." E.T
★★★★★
"We were in need of an attorney with considerable knowledge of real estate law and the legal issues related to property ownership. Eli Underwood went above and beyond our expectations. In keeping us abreast of our suit, his communication skills were outstanding. This talent was especially demonstrated when dealing with the apposing counsel. We feel this gave us a tremendous advantage over the opposing party that resulted in us reaching a successful outcome. I would highly recommend Eli Underwood as we found him to be an exceptional attorney." P.B.
★★★★★
"In our need for legal services we found Eli to be well informed and on top of our case and our needs. Our's was not an ordinary case as it was a case with many facets. It was a very convoluted case. There were multiple owners involved in a property dispute where one of the owners sued the rest of the owners with a Partition Suit. Needless to say Eli was instrumental in helping us resolve our differences and gained us a profitable sale all with good end results for all. If you hire Eli Underwood you will not be disappointed!" M.A.
View More
Submit a Law Firm Client Review